Astronaut Jeff Hoffman will give an open talk to the Technion

Astronaut Jeff Hoffman, an American former NASA astronaut and currently a professor of aeronautics and astronautics at MIT will give an open talk to the Technion.

Hoffman made five flights as a Space Shuttle astronaut, including the first mission to repair the Hubble Space Telescope in 1993, when the orbiting telescope’s flawed optical system was corrected. Trained as an astrophysicist, he also flew on the 1990 Spacelab Shuttle mission that featured the Astro-1 ultraviolet astronomical observatory in the Shuttle’s payload bay. Over the course of his five missions he logged more than 1,211 hours and 21.5 million miles in space. 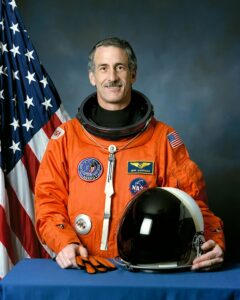