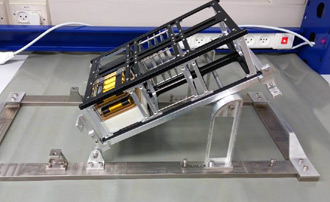 Space Autonomous Mission for Swarming and Geo-locating Nanosatellites (Adelis-SAMSON) is an innovative satellite mission, led by the Asher Space Research Institute at Technion and supported by the Adelis Foundation, Goldstein Foundation and Israel Space Agency. Adelis-SAMSON includes three nano-satellites, built based on the the CubeSat standard, and designed in collaboration with Israeli industries (IAI, RAFAEL, Elta). The mission is planned for at least one year, and has two main goals: (1) Demonstrate long-term autonomous cluster flight of multiple satellites, with algorithms based on DSSL’s ERC-funded FADER study; and (2) Determine the position of a cooperative terrestrial emitter based on time difference of arrival (TDOA) and/or frequency difference of arrival (FDOA). 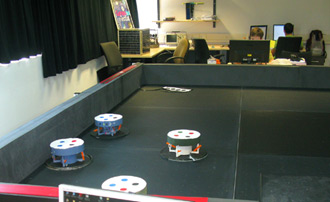 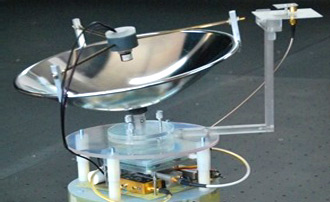 In this project, various optical systems adjust on their own to approach the best image possible. In one realization, a telescope made of four non-contiguous segment mirrors, mimics a space telescope. Without a wave front sensor, the system optimizes itself by simulated annealing in hardware. In other active optics realizations, simpler telescopes are being adjusted by the same optimization scheme. Various approaches to stochastic optimizations are compared to more directional searches 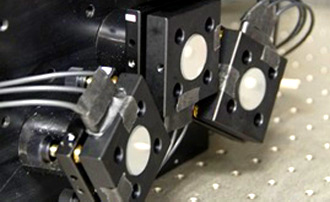 In this project the Hanbury-Brown and Twiss experiment is tested with the purpose of performing it in space. Compared to amplitude interferometry requiring 30 nanometer precision, the mechanical requirements here are not exacting, on the 3mm scale. A number of separate light collectors register single photons arriving from the same celestial object. The correlation of these photon streams, at a central station, allows measurement of the size of distant stars and galaxies.