Seminars: Out of this World: A Conversation about Israel’s Space Research Program

Join us for a fascinating look at Israel’s space program and Technion’s role in advancing space exploration. Home to the only faculty of aerospace engineering in Israel, the Technion is one of the few universities in the world to build and launch satellites into space. Its researchers helped Israel join the elite club of spacelaunch-capable countries in 1988 with the launch of Israel’s first satellite. Today, Technion innovations, faculty, and alumni continue to propel Israel into a leader in exploring the final frontier.

Enjoy an exclusive discussion led by Professor Ehud Behar, who will cover space research topics currently pursued at the Technion, and its national and international role in the scientific, security, commercial, and educational space sectors. Future missions will be discussed, such as Rakia, with the second-ever Israeli astronaut, and Beresheet 2, the privately-led Israeli mission to the moon. 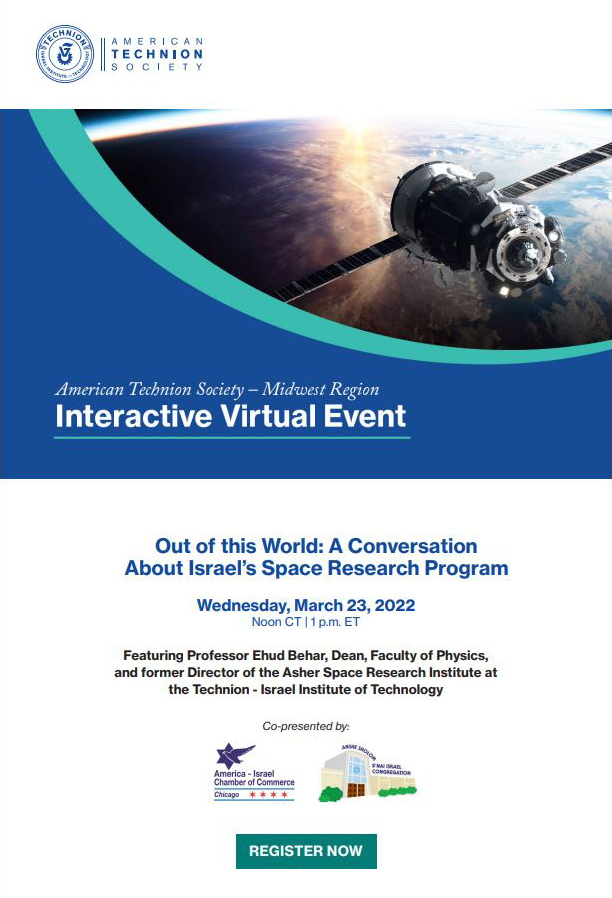